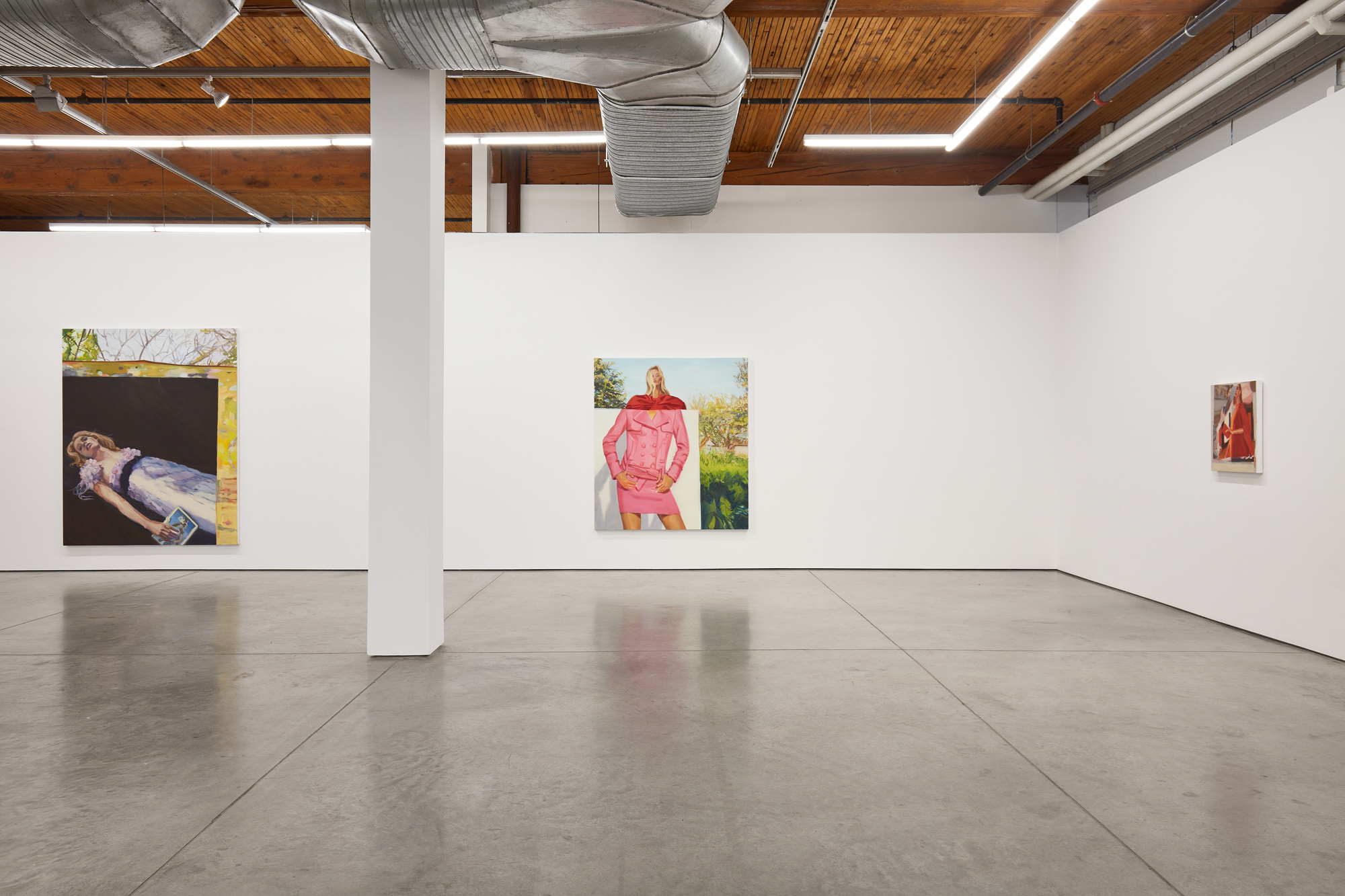 Janet Werner, There There (exhibition view) 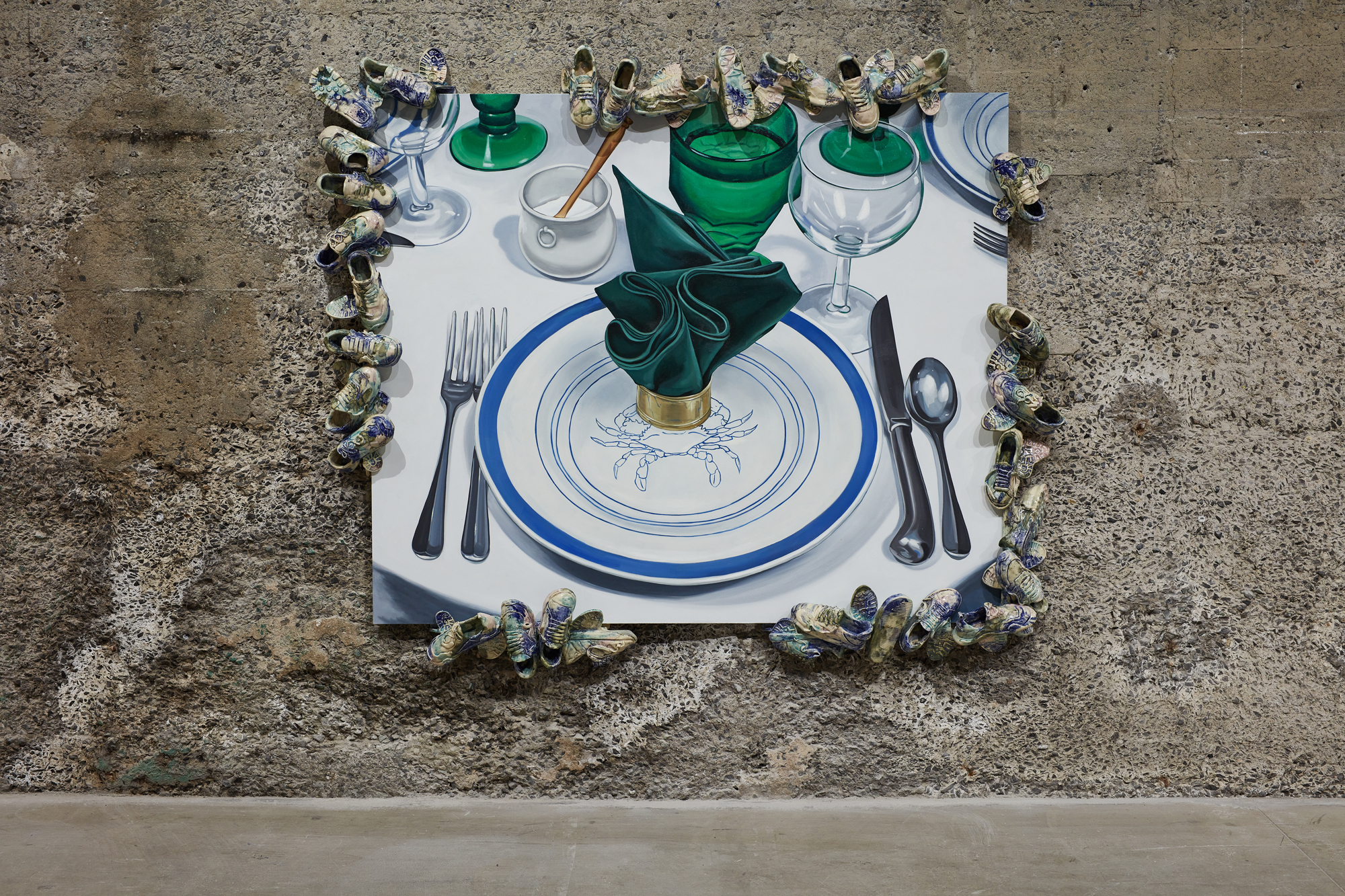 Bradley Ertaskiran is thrilled to present Janet Werner’s solo exhibition, There There. In this most recent body of work, the female figure is largely present yet increasingly bisected by sharp cuts and folds. She is found in and around an explosive palette with which the artist continues to pursue her focus on mise en abyme with renewed energy and vivacity. In There There, the figures vie for their place among detailed landscapes, still lifes, parlours, bedrooms, beaches and broken forms, often becoming another surface for painterly intervention. In works such as Suite, the figure is copied and rotated, cut and partially pasted onto another layer. Her shoe, her knee, her arm, in deep crimson red are doubled, a small portrait in the upper left corner gazes upon the scene. There There is a house of mirrors.

Bradley Ertaskiran is thrilled to present Soft Options, Hard Edges, a solo exhibition by Stephanie Temma Hier taking place in the bunker. The artist’s hybrid ceramic-paintings look good enough to eat. A stack of huge glossy crabs overtakes an oil painting of two hands massaging one other. A shiny red apple wraps around a perfectly aligned set of gleaming teeth and gums wet with saliva. An unholy mess of dirtied sneakers—when viewed from a distance—resemble mussels stuck onto the edges of a large canvas depicting a crisp, formal place setting. A mouth opens wide atop rows of hanging sausage-links, both tantalizing and slightly unsettling. Food or not food, all appear ambrosial, seducing with their lustrous glazes and excess. These weird pairings record the processes of consumption: before, during and after the act. Sensory pleasures abound, their classical renderings lure in the hungry gaze, eyes that eat pictures.

With Janet Werner, come and celebrate with Bradley Ertaskiran at the closing reception of the exhibitions.