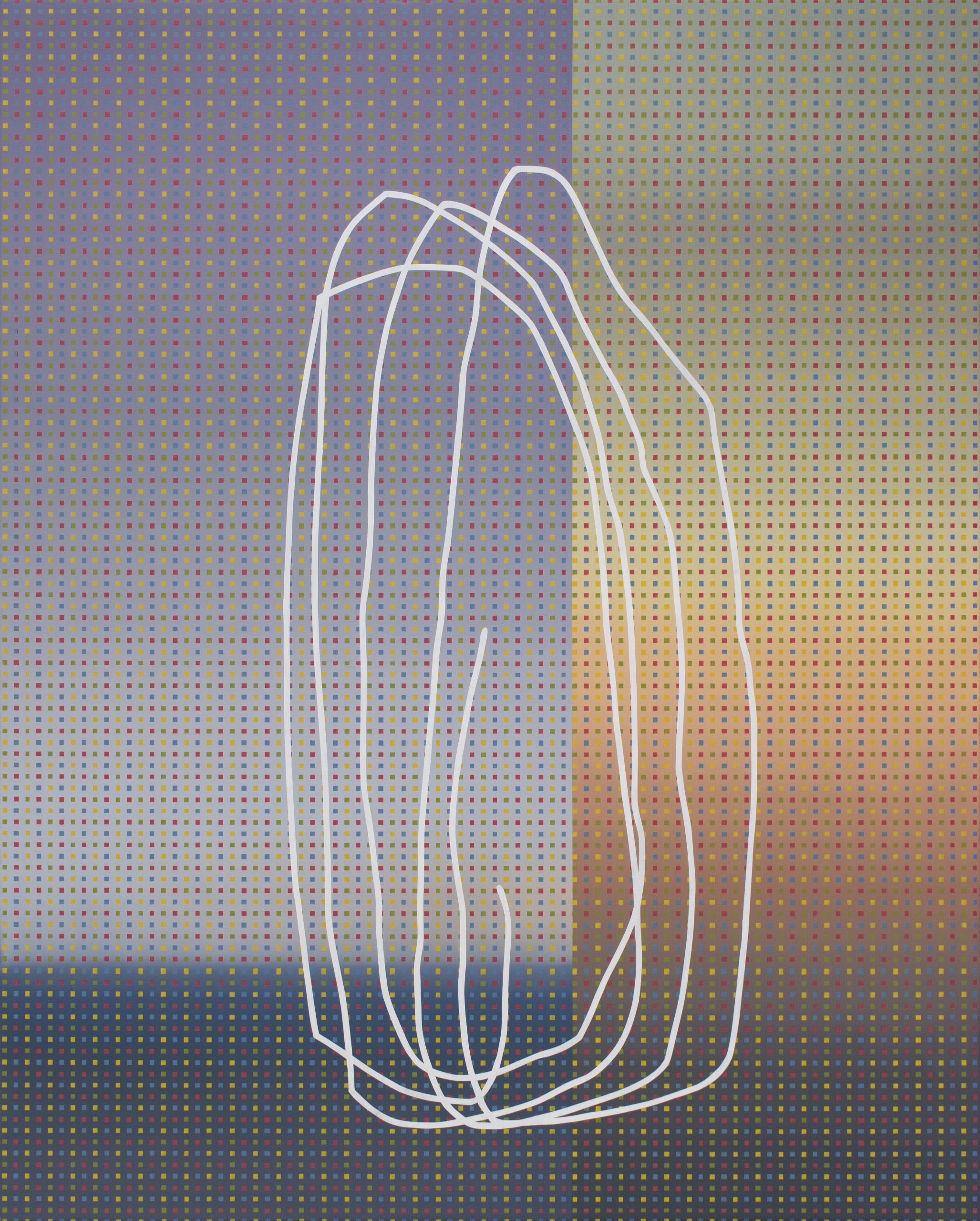 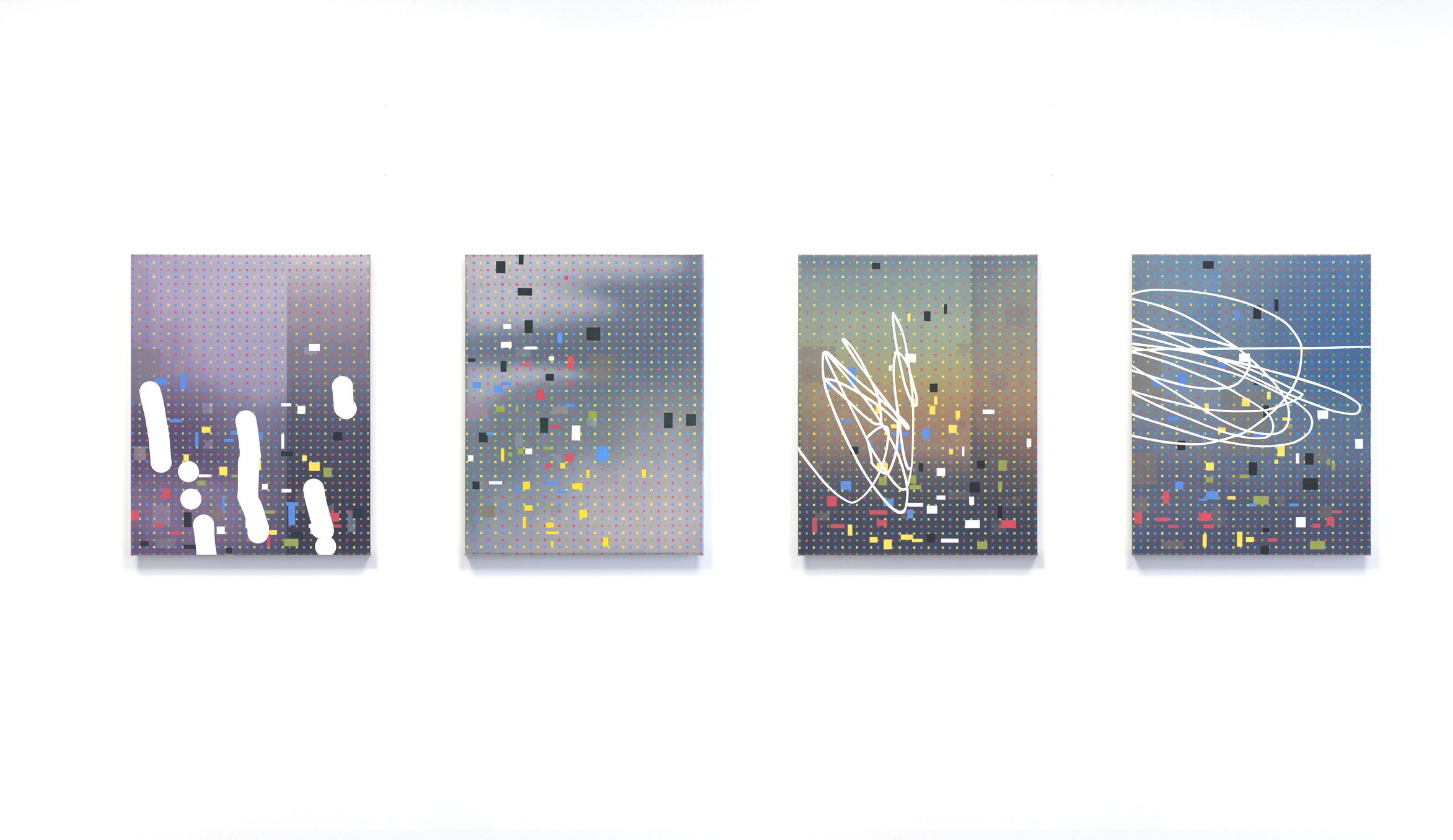 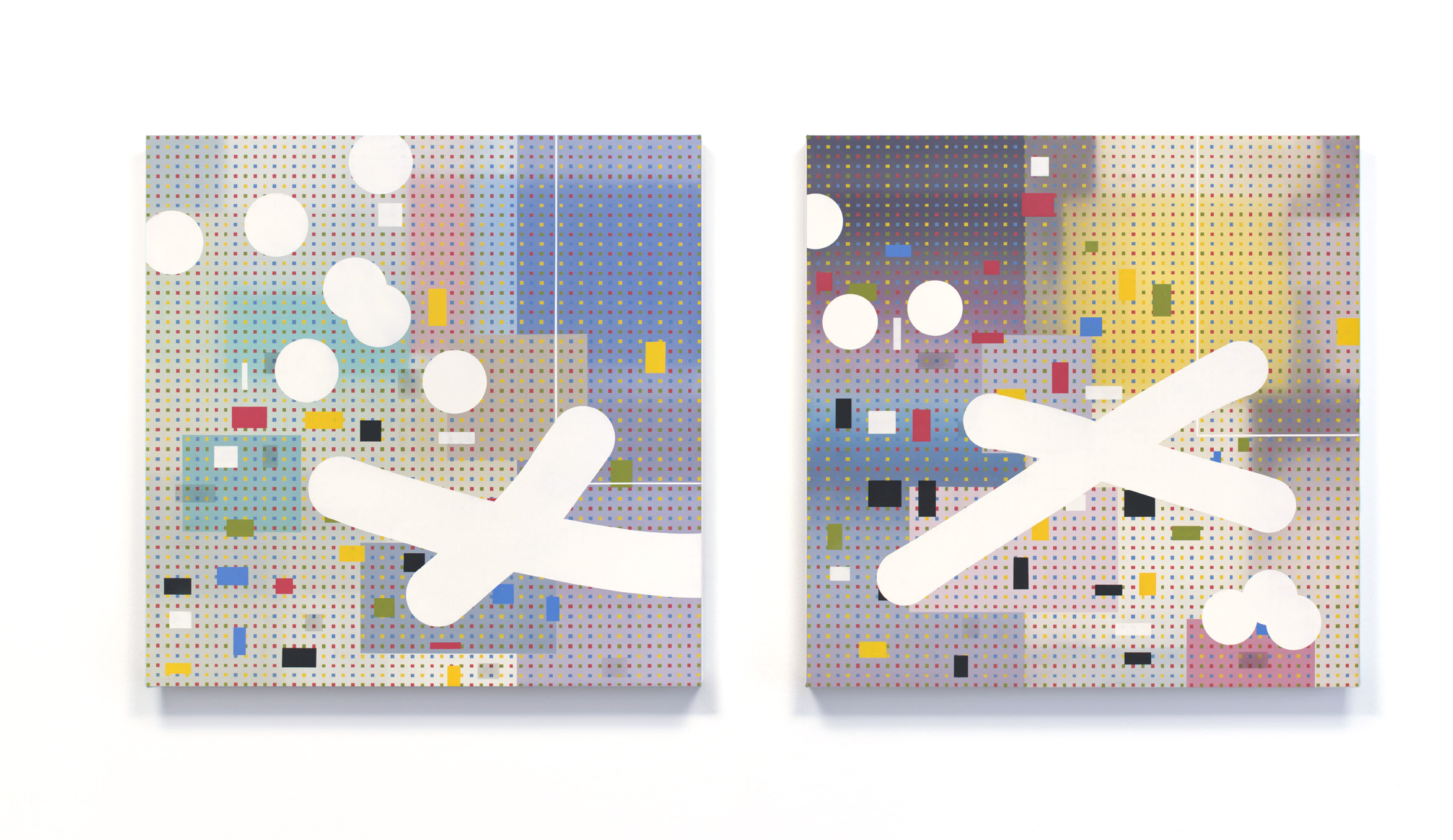 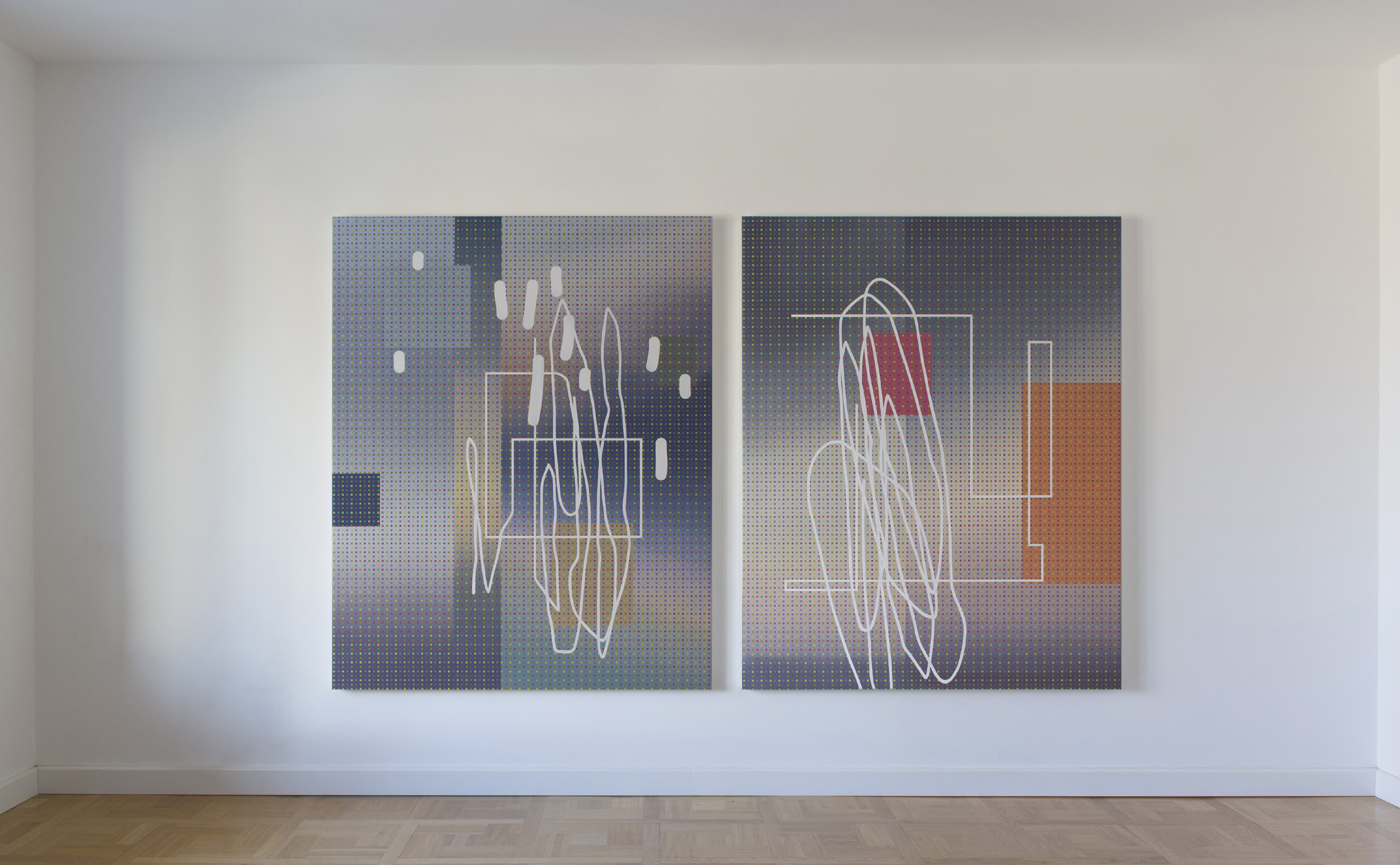 What is most striking about Zurita’s recent series of work, Traffic, is its ability to blend disparate narratives into a cohesive visual language seamlessly. Themes of landscape, digital culture, photography, the urban realm, surveillance, painterly facture and technology percolate through the ostensible abstraction of his compositions. At first glance, what appears to be diffused, non-descript backgrounds (which act as the substrate for his paintings) are actually blurred urban scenery captured by traffic cameras. These hazy backdrops hint at a form of representation, which adds a layer of visual ambiguity. Pastel-coloured, softened, and intriguingly out of focus, these landscapes are removed from reality just enough to suggest a subtle optical dissonance. Filtering this imagery through a digital lens, Zurita contrasts the soft glow of his urban backdrops, by layering hypersaturated grids of square colour: reds, greens and blues which allude to RGB and LED computer colour coding and screen technology, whilst bold white swathes of abstracted dots, dashes and lines mimic the chance procedure of computer-drawn marks, exemplifying a keen perception of the digitally-aware age within which Zurita operates. This will be Zurita’s first exhibition in Canada

Program
Visit of the exhibition

Discover the Traffic exhibition of Juan Zurita, his first exhibition in Canada.