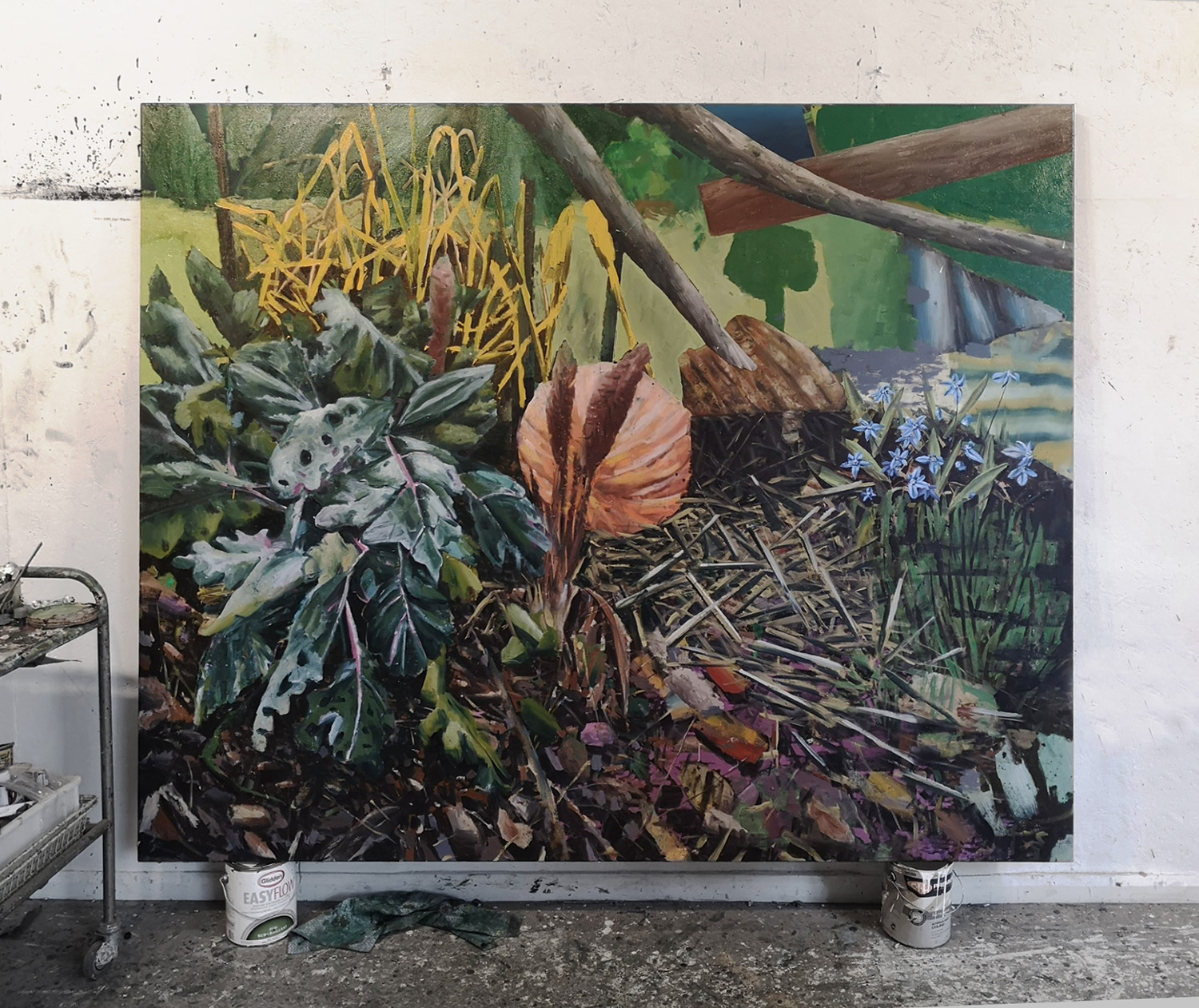 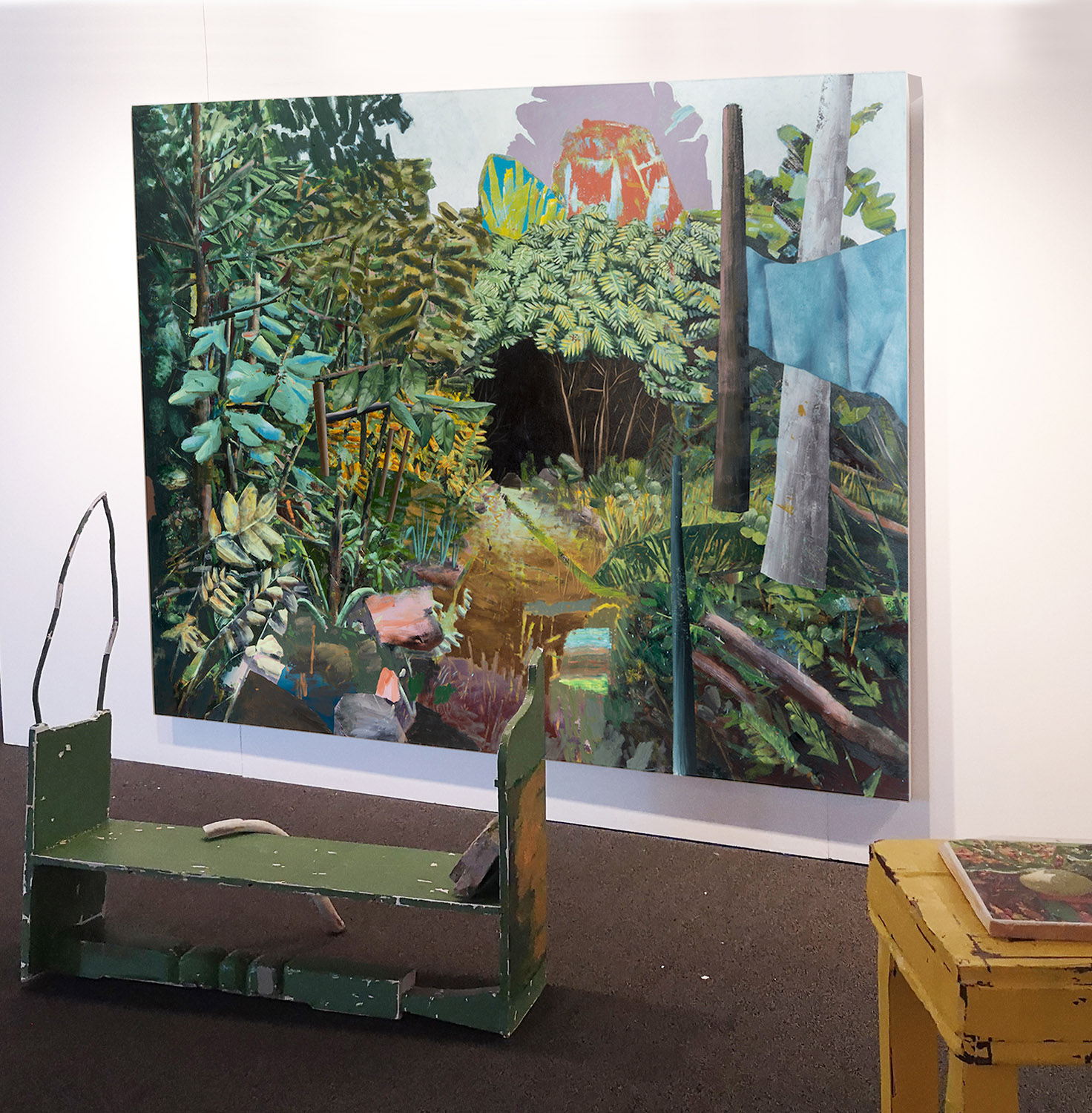 In the context of the exhibition Le petit lieu, David Lafrance presents a new body of work consisting of large-format paintings and wood sculptures resulting from his MFA at Concordia University. The artworks in question were inspired by the cycles of nature as they were observed around the studio of the artist, in Saint-Mathias-sur-le-Richelieu. This region is not without importance for the Quebec pictorial tradition since it once was a source of inspiration for Ozias Leduc and Paul-Émile Borduas.

David Lafrance (b. 1976) holds a Bachelor of Fine Arts from Concordia University in Montréal (2001) where he is currently completing his MFA. His work has been presented in numerous exhibitions and biennales in Canada, the US, and in France. Among his recent solo exhibitions are Maison de la culture Marie-Uguay (2018); Galerie Hugues Charbonneau (2014, 1016 and 2018); Ceaac (2015), Strasbourg; L’Œil de Poisson (2014), Québec City; and the Musée régional de Rimouski (2012), which won the prize for “Best exhibition outside of Montréal” at the AGAC’s Gala des arts visuels. He recently participated in various group exhibitions, namely at the Musée d’art contemporain des Laurentides (2018), Musée des beaux-arts de Montréal (2015), l’Œil de Poisson (2015), Art Action Actuel, in Saint-Jean-sur-Richelieu (2013), and at the Centre d’art l’Écart, in Rouyn-Noranda (2013).

Artist David Lafrance will be present to welcome the public and explain his recent work. Five visitors at a time will be allowed in the exhibition space.

5 visitors at a time. 15 minutes per group.
No reservation required