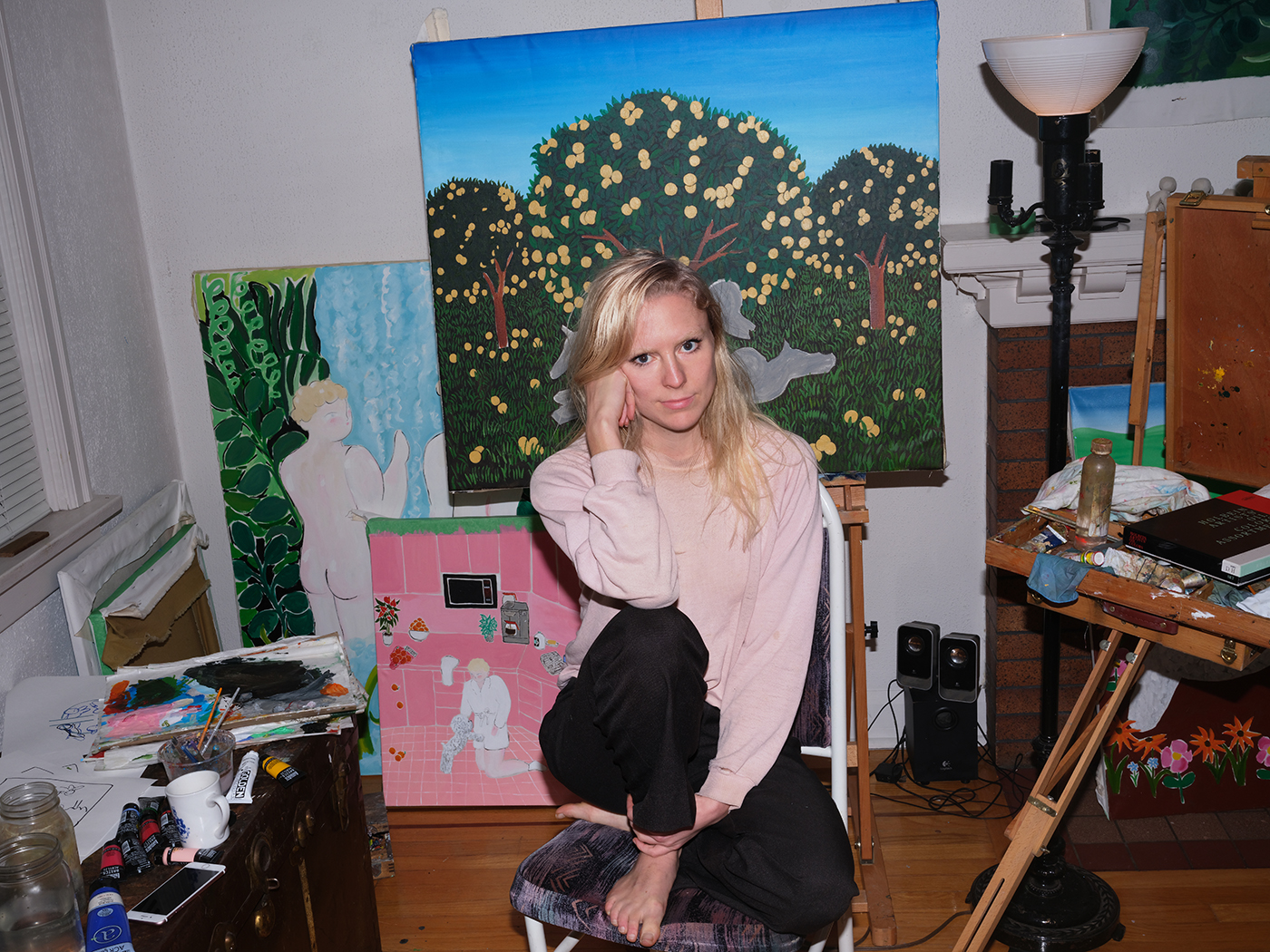 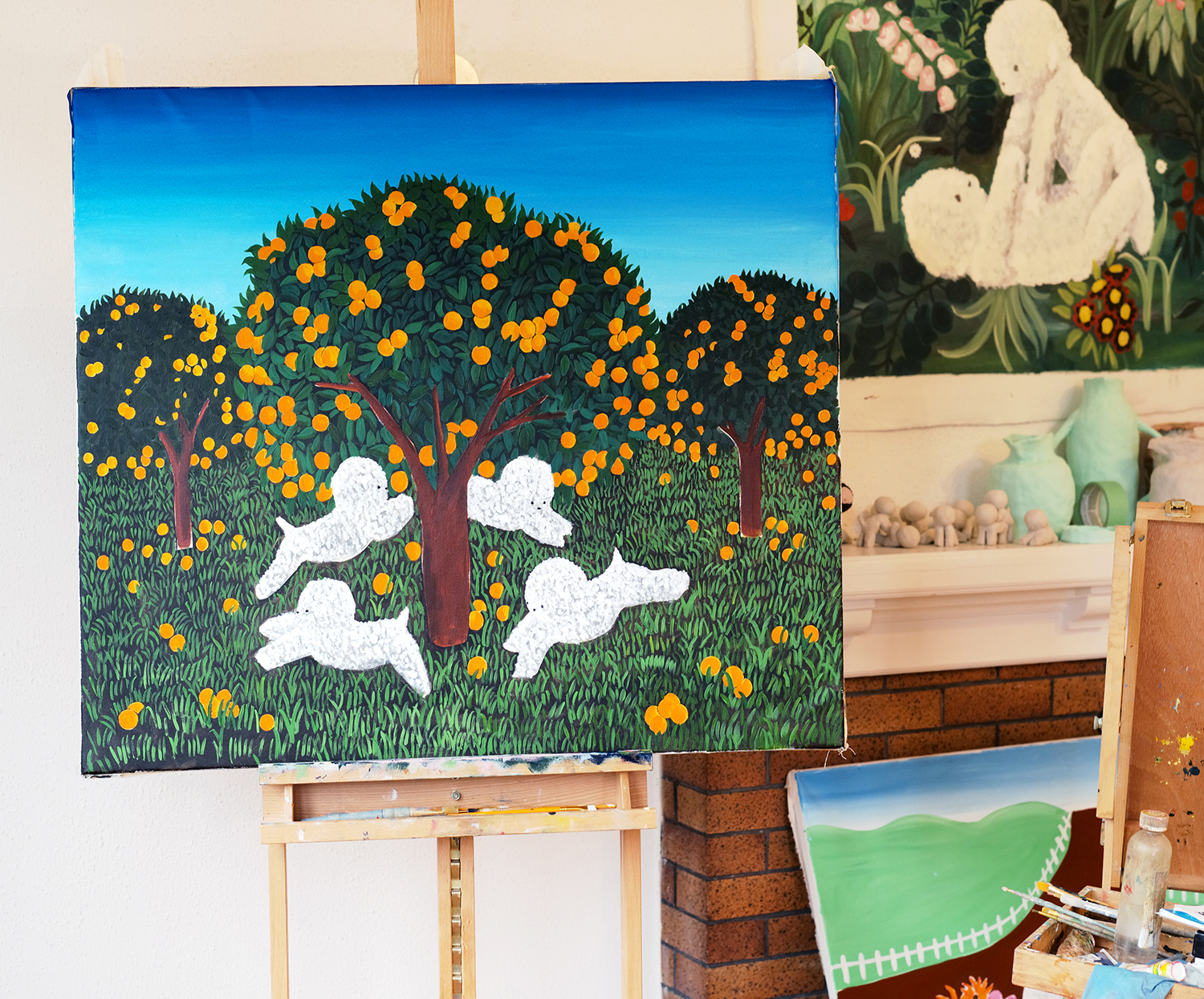 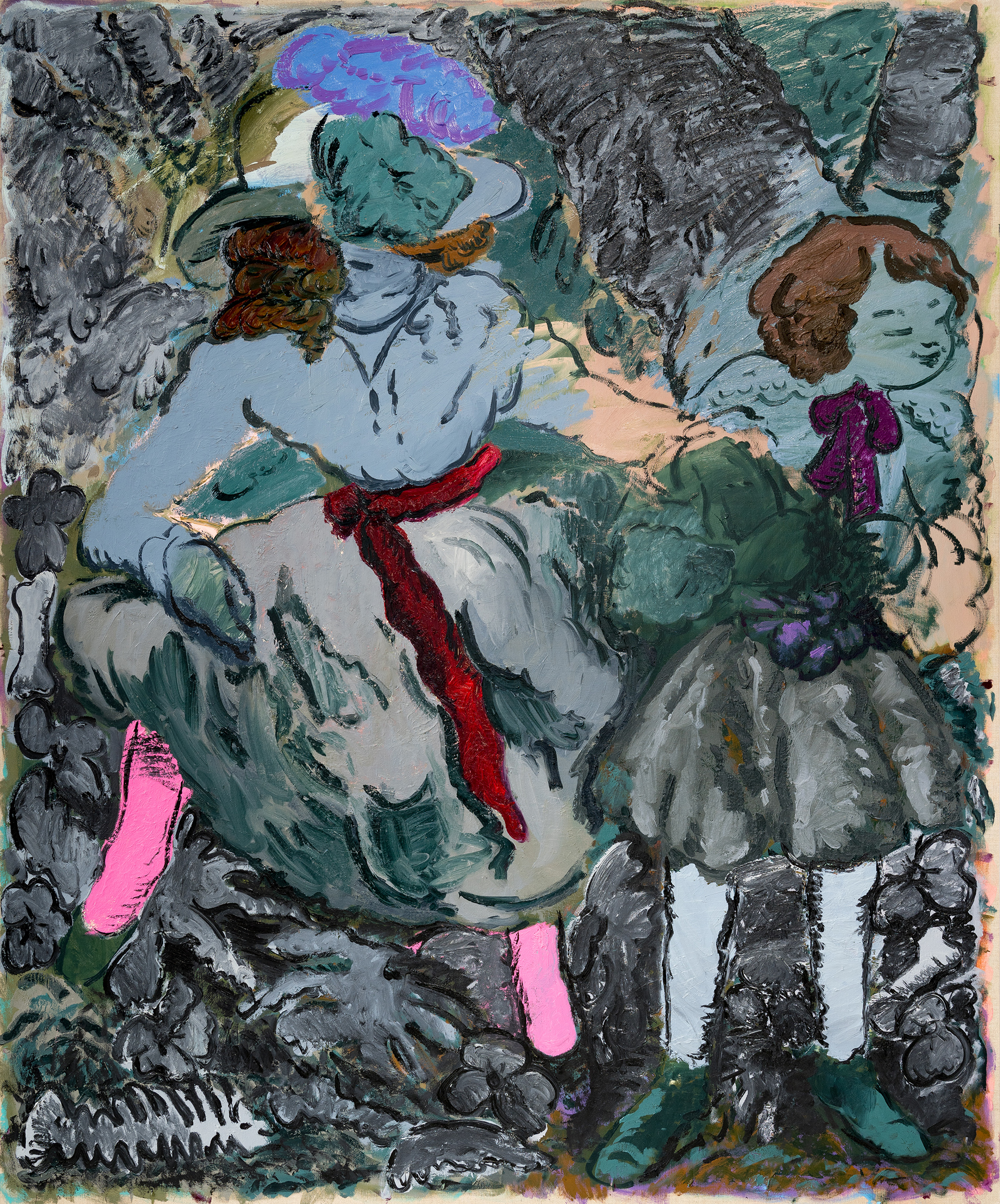 Delphine Hennelly, To Be Titled 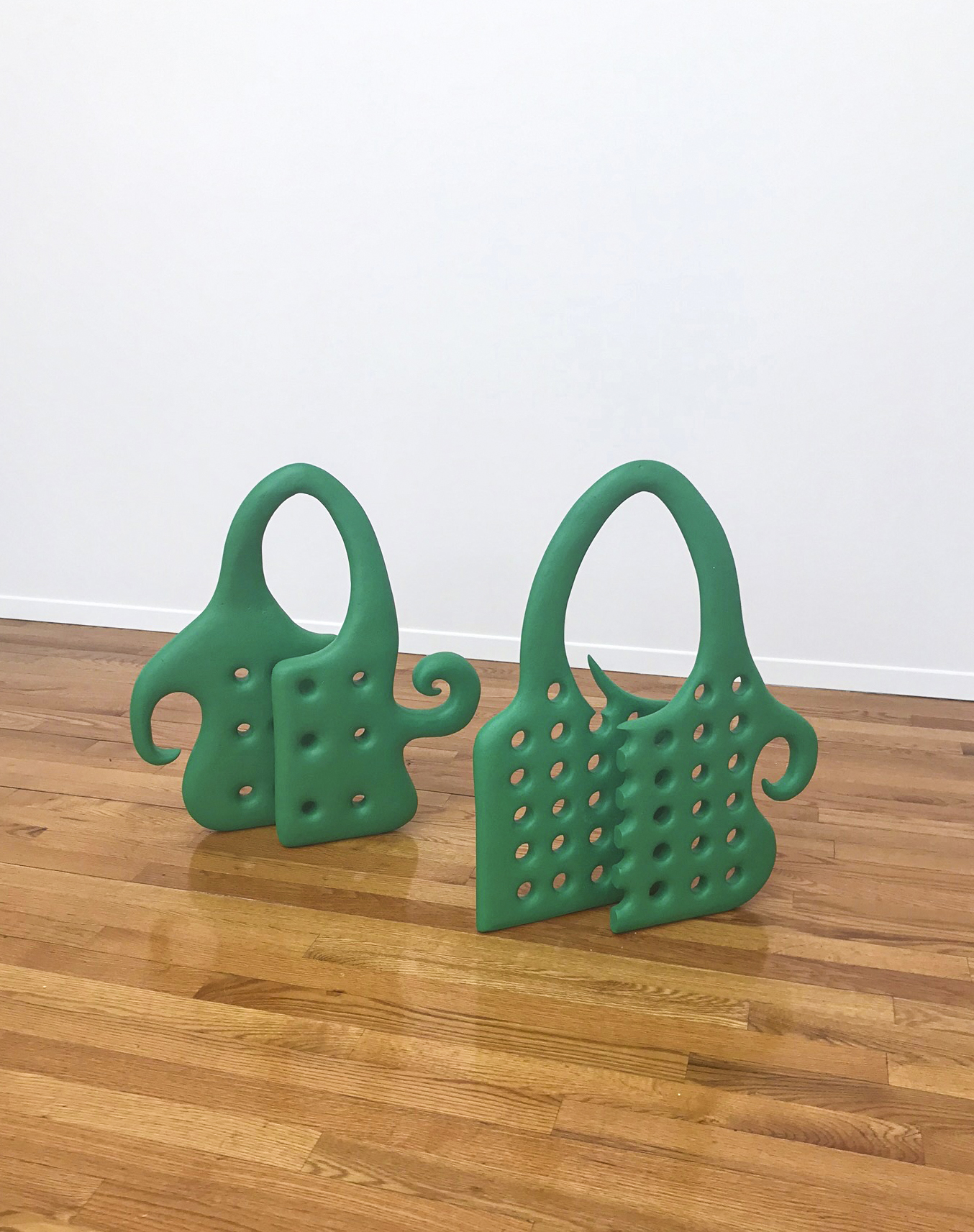 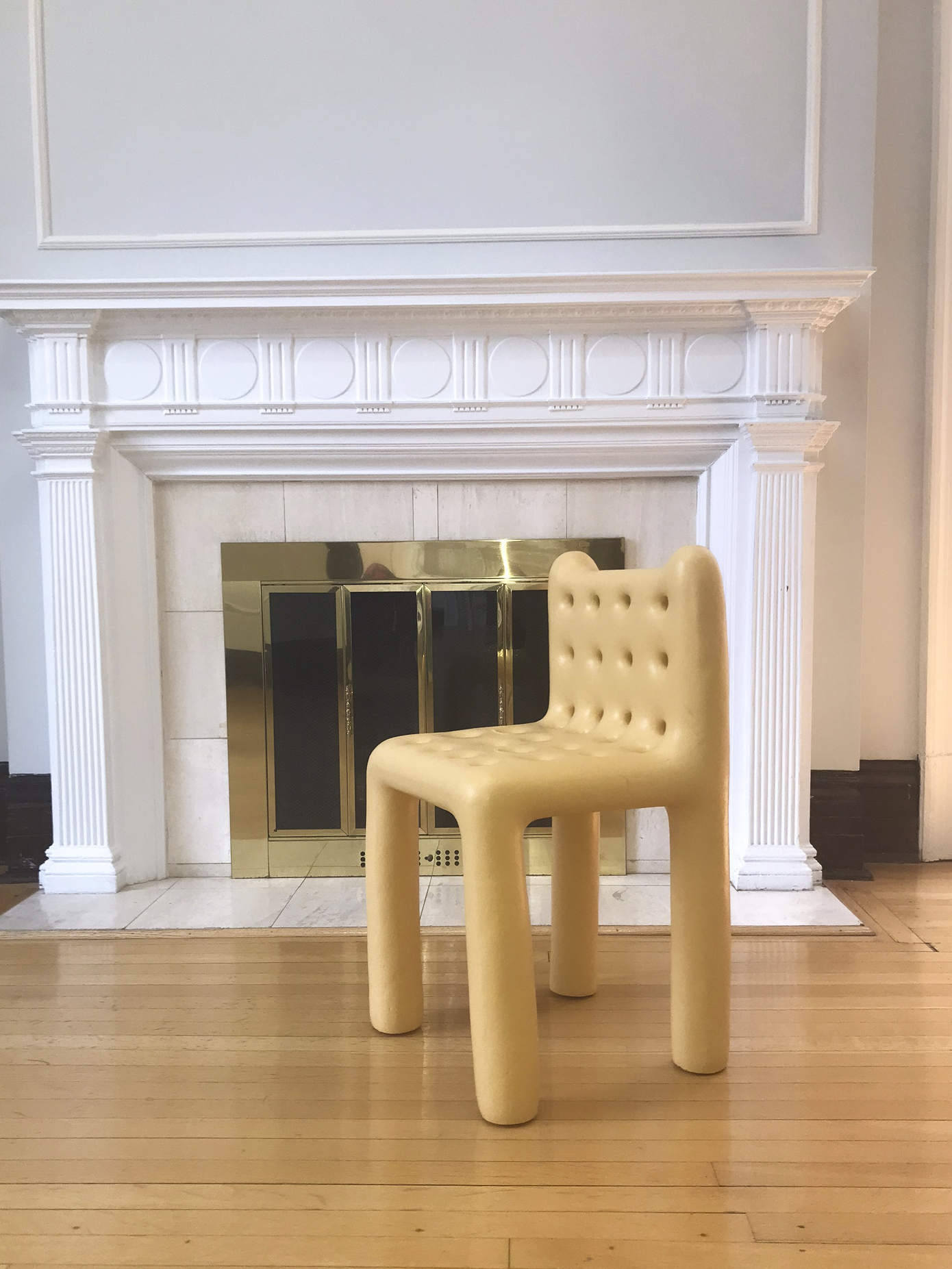 Building a home from scratch becomes a deepening of self-knowledge as the woven details of our lives, the hopes and aspirations, are examined. Those desires, contained within our bodies, must be frankly observed in order for a home to emerge. This period of heightened consciousness, both physical and emotional, also speaks to Thomas Barger’s and Claire Milbrath’s creative processes. Those same questions reflect the structures, relationships, and narratives of their lives, and from series to series, mark cycles of transition and evolution as they slowly integrate into a larger whole.

We often say that the kitchen is the heart of a home, a place for family to gather and be nourished. After returning to her coastal hometown of Victoria, Canada last Fall, Milbrath began a series of kitchen scenes to conjure a better reality for herself. Painting spaces that symbolized stability, feminine strength and family marked a new beginning after tumultuous times.

Barger’s paper pulp sculptures exude a quirkiness that goes beyond the utility of the object. For Barger, who was raised on a farm in the American Midwest, working through the symbolism of the chair is also a way of questioning domesticity, religion, hetero-conventions, and queerness in regards to his roots.

Projet Pangée invites you to a discussion with artist Delphine Hennelly. She is presenting a solo exhibition entitled Beguiling Tedious Hours… and will discuss her current research that has informed this new series.